Today on Talking Tea we’re exploring a tea origin and tea culture we haven’t yet visited on the show. Turkish tea isn’t widely known outside of Turkey, even though Turkey is a significant tea producer and has one of the largest per capita tea consumption rates in the world. To introduce us to this unique tea and tea culture, we’re joined by Aimée Lévesque, owner and founder of Le bruit de l’eau, an online and brick-and-mortar tea house located in Rimouski, Quebec.

Aimée tells us about her own tea journey and the impetus for her starting a tea house in her home town of Rimouski, located on the St. Lawrence River about 500 km northeast of Montreal. And then we delve into Turkish tea. We discuss the history of tea production in Turkey, from early attempts at tea growing to the establishing of tea agriculture in the Rize region of northeastern Turkey, as well as the influence of Georgian tea and the use of assamica and sinensis cultivars in tea production. We chat about Turkish tea culture, which is ubiquitous in Turkey, the uses and benefits of the uniquely shaped Turkish tea glasses, and methods of brewing Turkish tea, especially in the traditional tea pot known as a çaydanlık.

END_OF_DOCUMENT_TOKEN_TO_BE_REPLACED

Today we’re continuing with our periodic series of shorter episodes focusing on one tea, one producer or one region that may be new to the tea stage or that we’re excited about and want to explore further. We’re joined by our frequent guest Kevin Gascoyne, co-owner of Montreal’s Camellia Sinensis Tea House and one of the world’s leading experts on Indian tea,  to explore Lakyrsiew, a young boutique tea garden in India’s very wet Meghalaya state.

END_OF_DOCUMENT_TOKEN_TO_BE_REPLACED 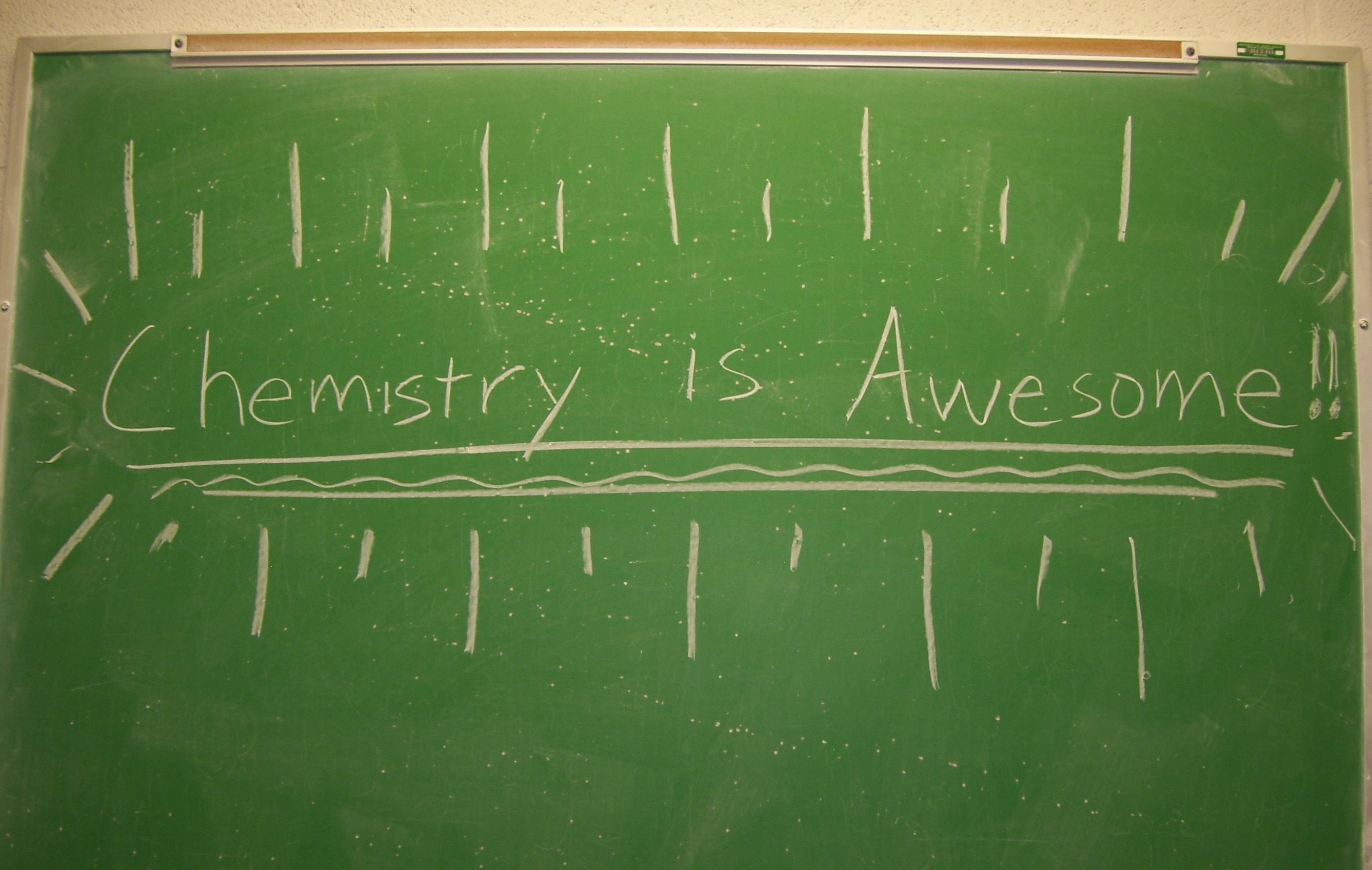 Today we’re exploring a bit of tea science on Talking Tea. We’re joined by Eric Scott, a tea scientist and researcher at Tufts University, to chat about some of the ways a basic understanding of the science of tea can benefit us as tea consumers and tea professionals, and to get a glimpse into the research Eric is doing on the effects of climate change on tea and tea markets. END_OF_DOCUMENT_TOKEN_TO_BE_REPLACED 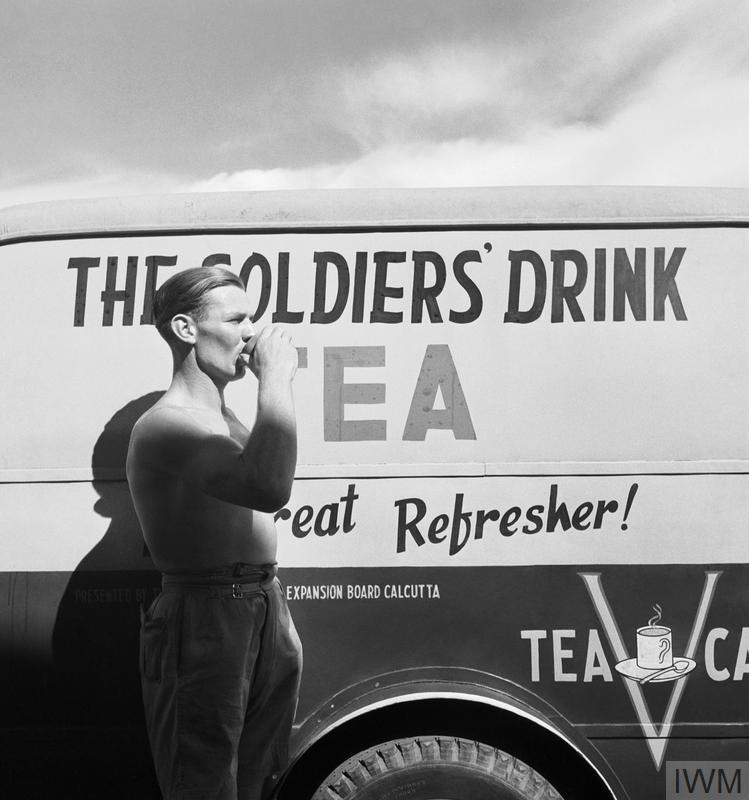 We’re delving into some sticky topics today on Talking Tea as we look at the roles mass marketing, gender, racism and modern British history have played in shaping tea markets and tea culture in the West. Joining us is historian Erika Rappaport, author of the recently published book A Thirst For Empire: How Tea Shaped the Modern World. Erika’s work as a historian focuses in the areas of gender, consumer culture and British history, and “A Thirst for Empire” delves into all of these areas in looking at the forces that shaped tea culture and tea markets in the West.   END_OF_DOCUMENT_TOKEN_TO_BE_REPLACED 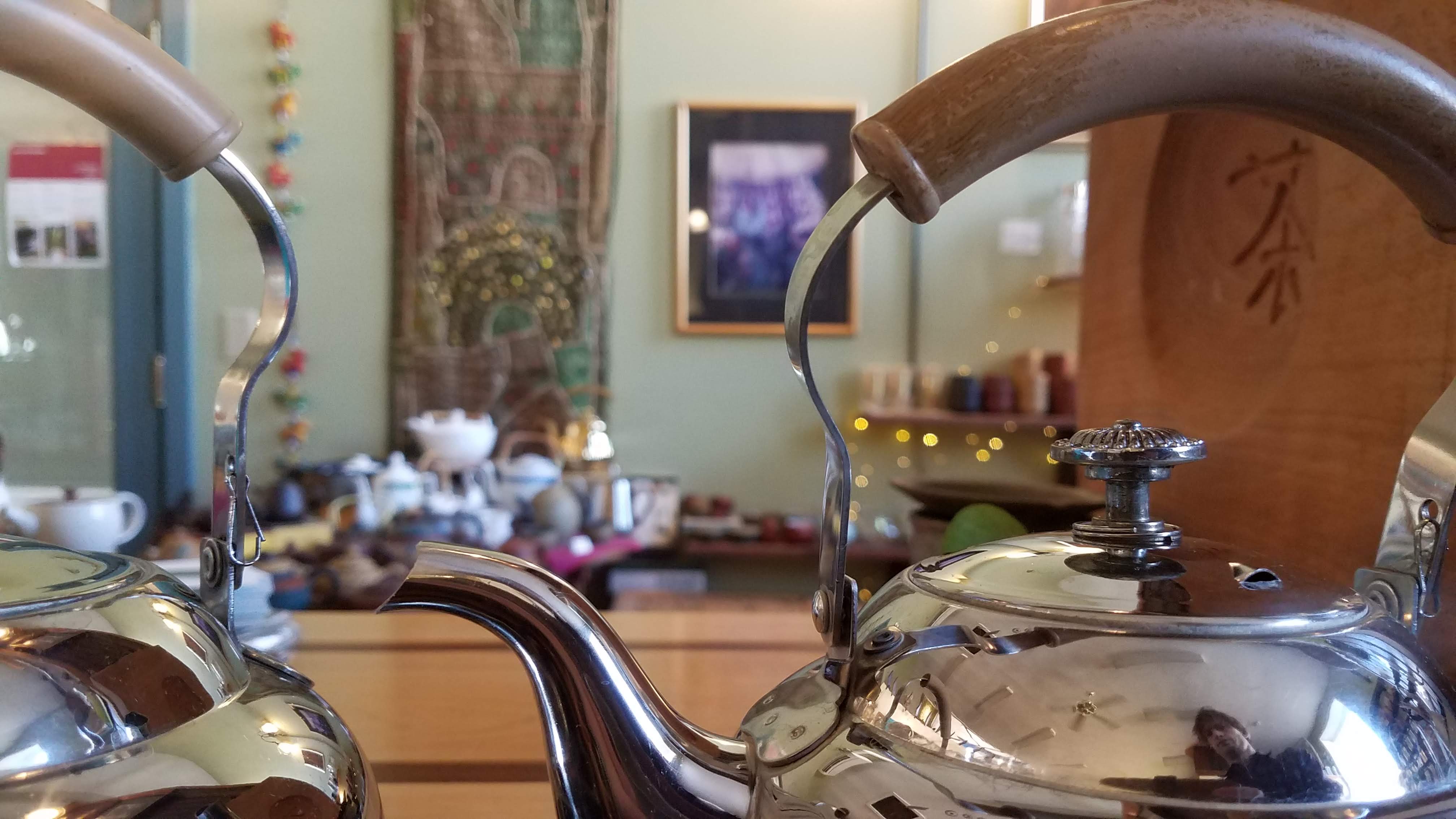 Today Talking Tea is in Middlebury, Vermont, at Stone Leaf Teahouse, a unique tea space in this bucolic town. Joining us is John Wetzel, founder and owner of Stone Leaf.

The town of Middlebury may be best known for being the home of Middlebury College, but since its founding 10 years ago Stone Leaf has also become well-known in and beyond Middlebury for the quality of its teas and for the warmth and tranquility of its teahouse.  END_OF_DOCUMENT_TOKEN_TO_BE_REPLACED 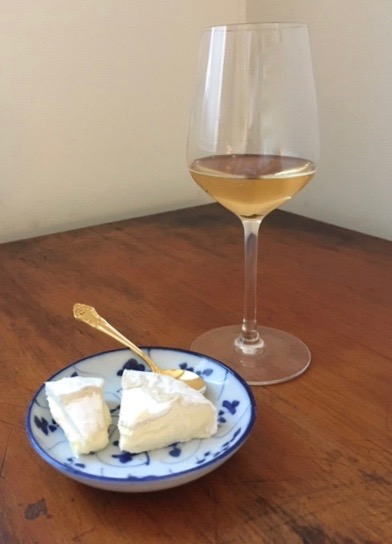 Most everyone is familiar with pairing wine and cheese, but pairing tea and cheese is much less well known and less understood. (By the way, that’s tea in the glass in the photo above, not wine.) Some tea drinkers may even find the idea of tea and cheese pairing a bit counterintuitive, if not a bit, well, odd. But at Talking Tea we’ve experienced some delicious pairings of tea with cheese, so we wanted to explore the issue more in depth.  END_OF_DOCUMENT_TOKEN_TO_BE_REPLACED 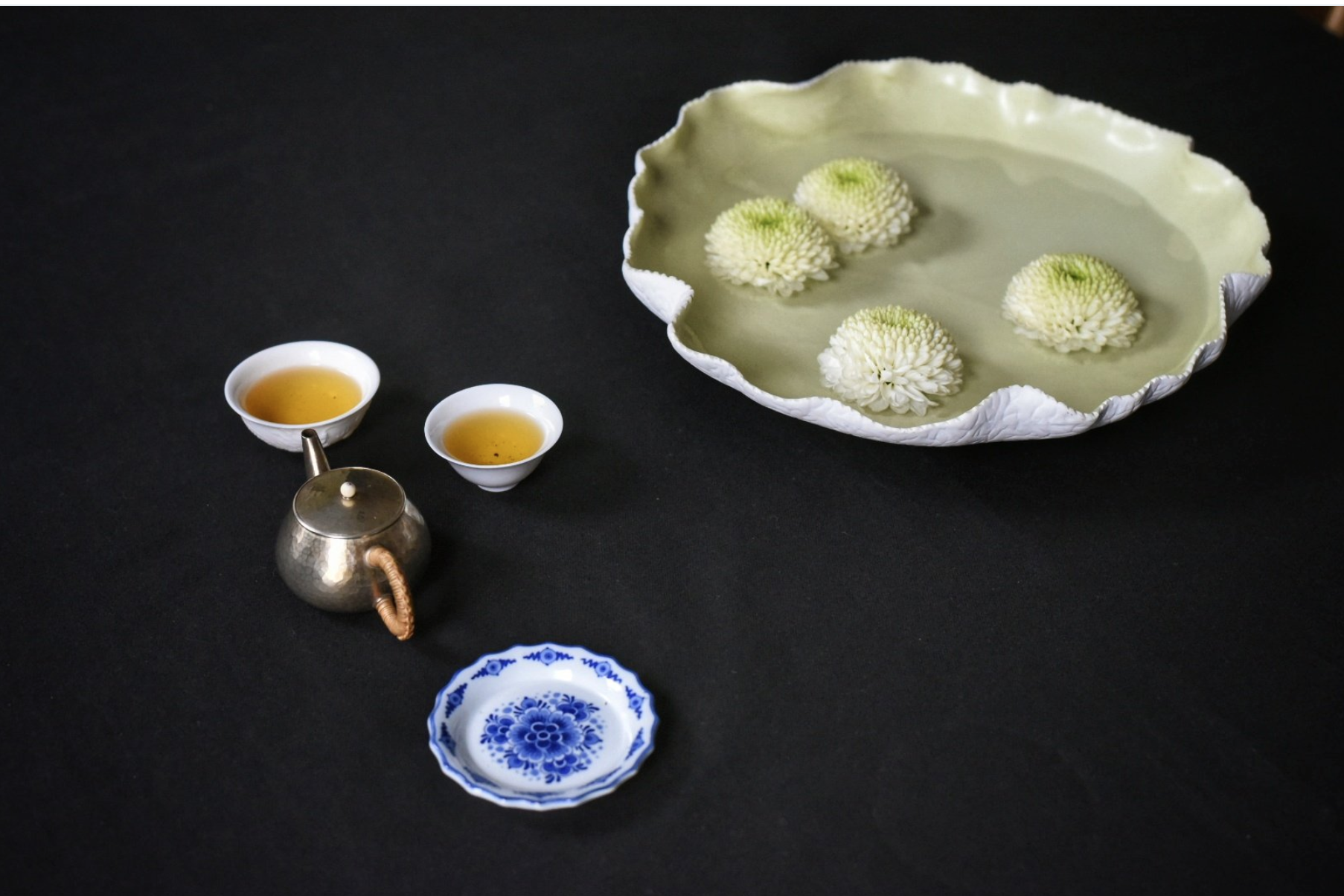 We’ve been wanting to explore chaxi on Talking Tea ever since we visited the Tea Institute at Penn State University back in 2016. Tea was prepared and served to us by students in the Chinese tea track at the Institute with a degree of artistry and calm precision we had never quite witnessed anywhere else, and when we asked some of the students where they learned to prepare tea in this way, they suggested we speak with one of their teachers and mentors, Stéphane Erler, to learn more about chaxi, an artistic expression of tea originating in Taiwan.  END_OF_DOCUMENT_TOKEN_TO_BE_REPLACED 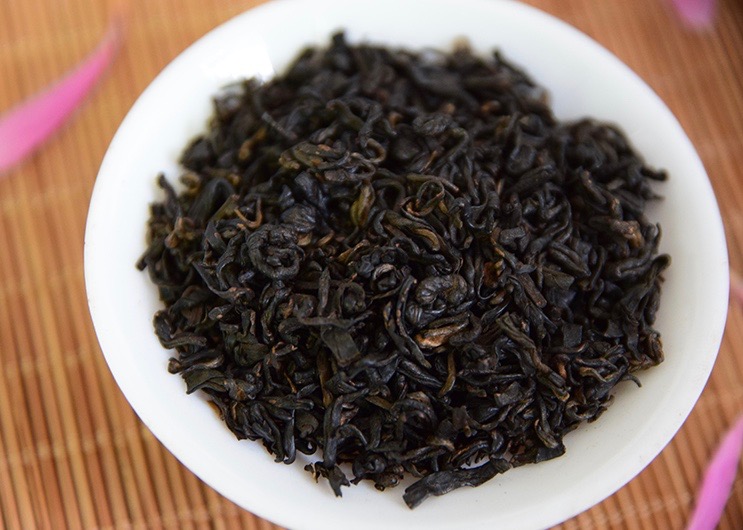 Today we’re chatting with Zhen Lu and Phil Rushworth of Zhen Tea about a category of tea that’s not widely understood outside of China or even within China, and that’s heicha, or “dark tea”, hailing from outside the pu erh region. You may remember Zhen and Phil from our earlier episode “Lapsang Souchong – Beyond the Smoke”, and today we’re chatting at the Zhen Tea headquarters in Ottawa, Canada.  END_OF_DOCUMENT_TOKEN_TO_BE_REPLACED 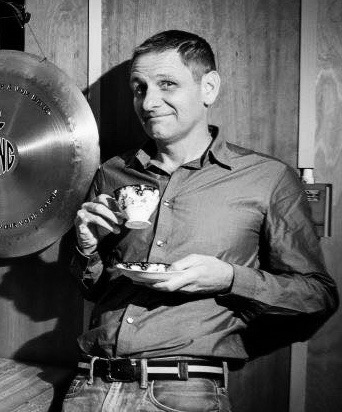 Today we welcome back to the show Kevin Gascoyne, of Montreal’s Camellia Sinensis Tea House, to chat with us in depth about how our choices of teaware impact the flavors, aromas and overall experience of the teas we drink. Kevin is often seen sporting his signature Royal Albert teacup, and that prompted us to ask Kevin what’s the deal with this oh-so-English-looking cup. His initial answer inspired us to want to explore more fully how our choice of cup and brewing vessel affect our enjoyment of tea.  END_OF_DOCUMENT_TOKEN_TO_BE_REPLACED 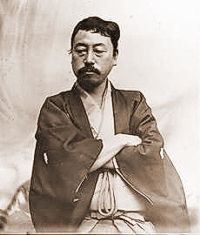 We’re getting a bit contemplative this time of year here at Talking Tea, as the weather turns cooler and our bodies and minds begin to turn inward. So this December we’re offering two episodes exploring the spirit of tea as reflected in chado, the Japanese way of tea. To kick off this two-part series we’re looking at the life, work and influence of Kakuzo Okakura (pictured above), best known for his modern classic The Book of Tea.  END_OF_DOCUMENT_TOKEN_TO_BE_REPLACED